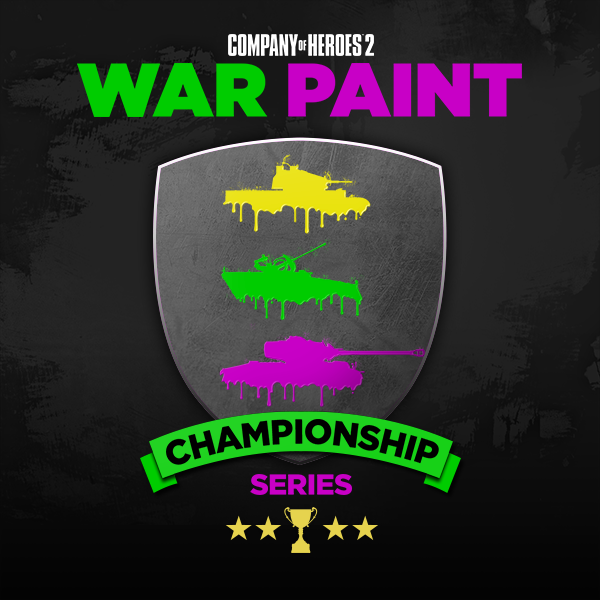 This is a tournament for the community by the community. Each sale of the War Paint skins between now and September 4th not only contribute to the tournament's prize pool but also unlock a variety of unique and exciting rewards for the purchasers of the skins as well including free skins, decals, faceplates, t-shirts, and even a paid trip for 2 to Relic Studios in Vancouver, Canada! For more details on all the rewards available for War Paint contributors, check out War Paint Milestone Tracker now!

Full rules for the tournament can be found Here or on Battlefy for each round's tournament page.

All rounds of the tournament will be live streamed on Relic's Twitch Channel.

Register Now to compete in the second Qualifier Round.

By participating in the War Paint Championship Tournament and any related promotions, you agree to adhere to Sega's Privacy Policy and be bound by the Terms and Conditions, details of which can be found here.