DISCLAIMER: - This thread is inspired by this video by ImperialDane : 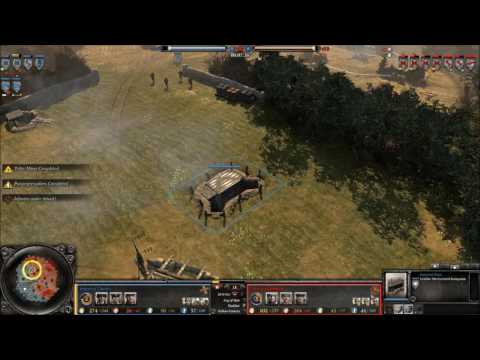 ImperialDane suggested in his video to use companies as subfactions for the mainfactions (for more information watch the video)
This idea made me think and i came to the conclusion that divisions as subfactions would be more interesting because for example a infantry companie only determents if for example panzergrens, normal grens or osttruppen are the standart infantry unit, but if you make it division-based they get a completely different set of units. In my idea you select the faction, then the division an then you start the match so you can't change the division while already playing a match.
I will use the Wehrmacht 1943 for my example but this would also apply indirectly for every other army. In my example the faction has a 3-tier-system (you can't skip tiers) with a decision in the last tier (like UKF's hammer or amboss) and of course which units there are and in which tiers they are, isn't final and I use this example just to make my point clear.

Tier 2:
- 251 Half-track (upgradeable with a pak-upgrade or to a flame half-track otherwise boosts nearby infantry and is able to reinforce; able to lay down riegelmines)
- Pak 40
- 234 scout car (a 222 turret on a puma cassis, more durable than 222 but also more expensive; 7,5cm-support-gun upgrade)

(I'm too lazy to do more Divisions but I hope you understand what I mean: Subfactions with the same basic structur but with different units)

Commander:
I start with a example and explain my basic concept afterwards (there will be CPs but I won't add them in this example):

Second Option:
4. 2 Ability: Stukas with 37mm canons strafe the designated area for a certain amount of time an hit the tanks in the area
5. 2 Ability: Nebelwerfer rocket launcher can be called onto the battlefield

That's at least my idea for a division-based faction system. I hope Relic looks at my thread and maybe implements some ideas in the next Coh Game.