NEW COMMANDER "Not Ssy, Break Through!" 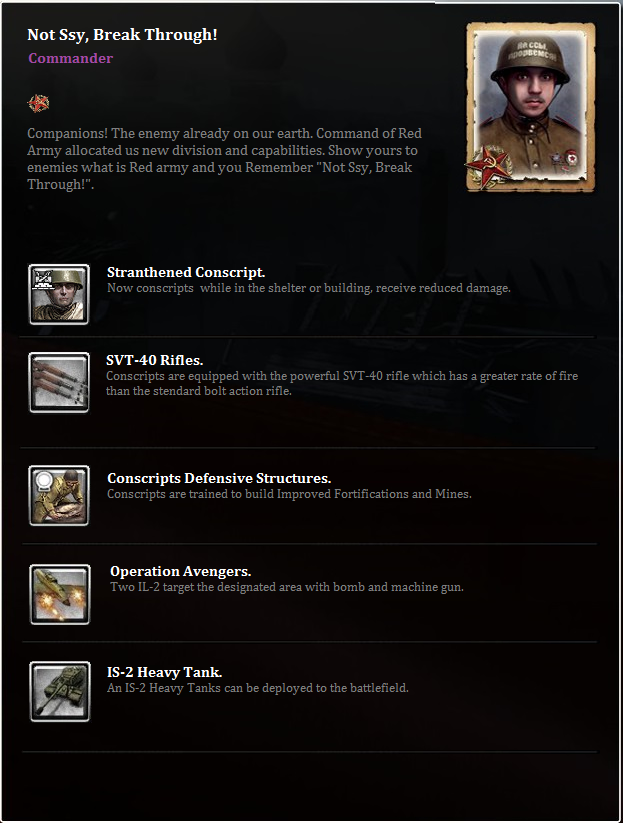 Would like to see this commander in a game?
Yes!
Not!

Please. Write komendariya that it wasn't pleasant to you that isn't enough, etc.
Let's solve this problem.