Timer apears on AT gun, when less than 2 crew members.

Normaly when AT crew drops to 1 guy he runs away from AT gun, but when it happens weird timer apears on my screen.
This happens to me when I play as soviet (I have not tried with other factions) on any map even on Theater of War.
I have used the Cheat Commands mod in pictures below to spawn panzer grenadiers and Zis 3. 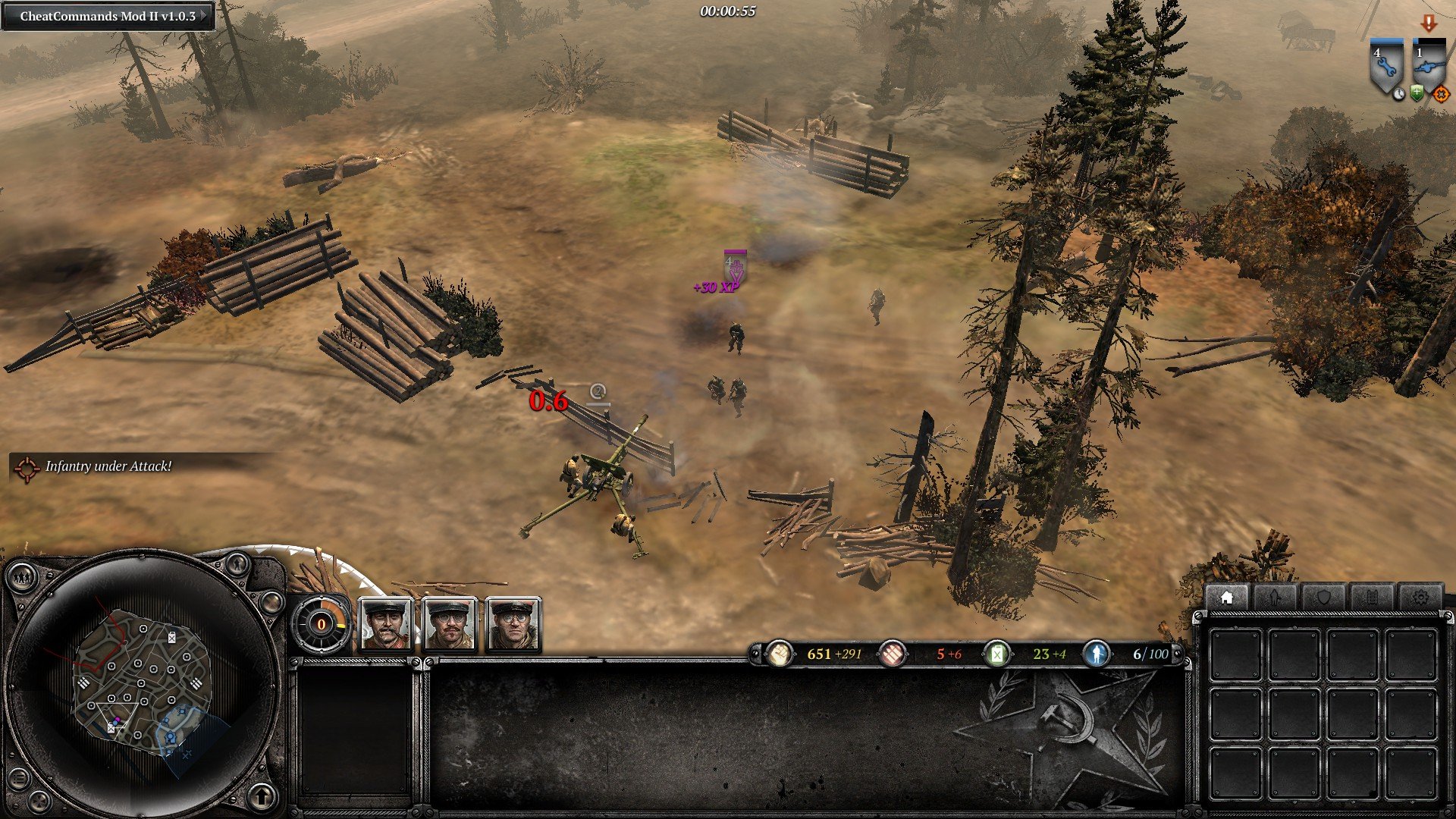 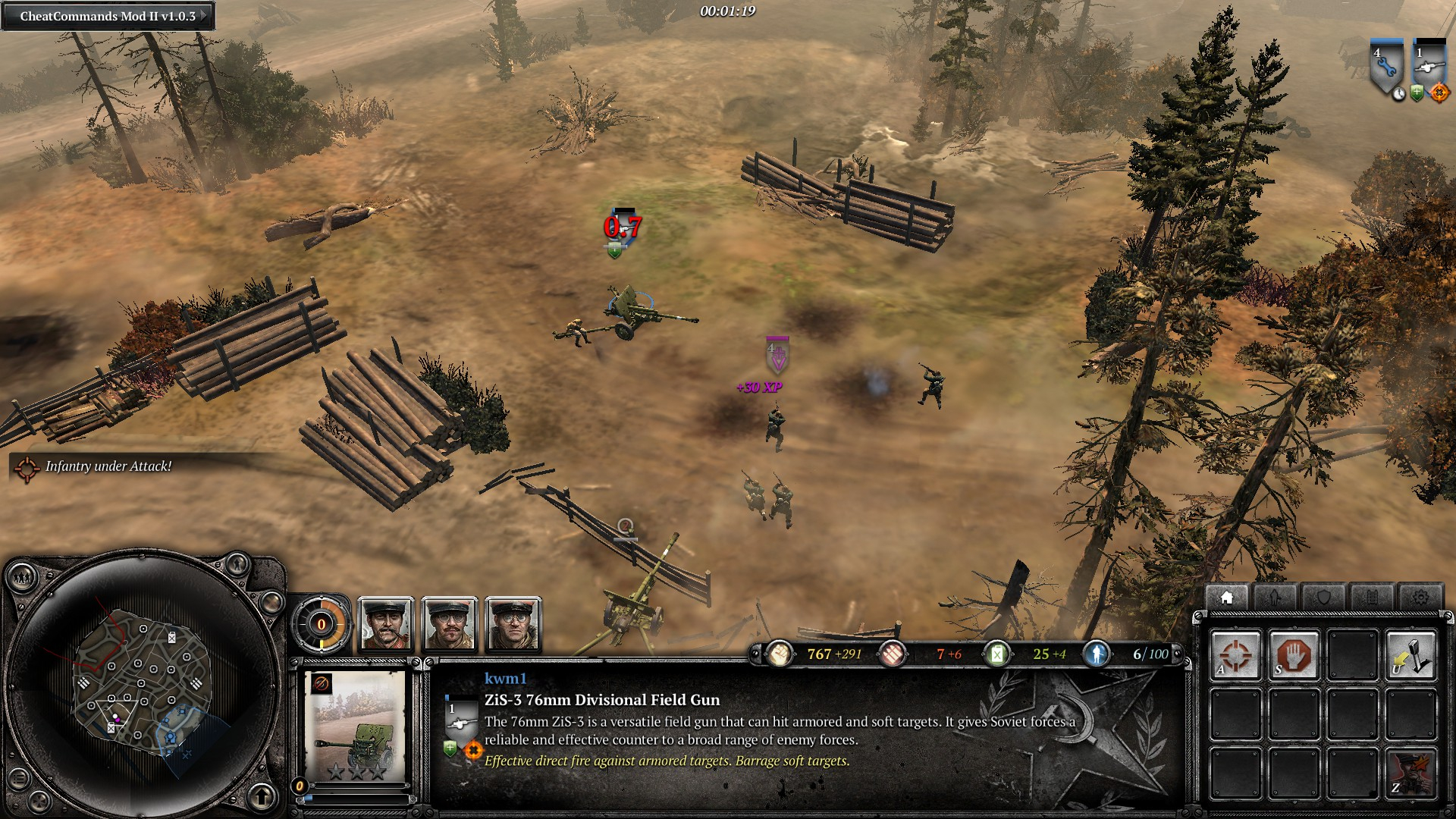