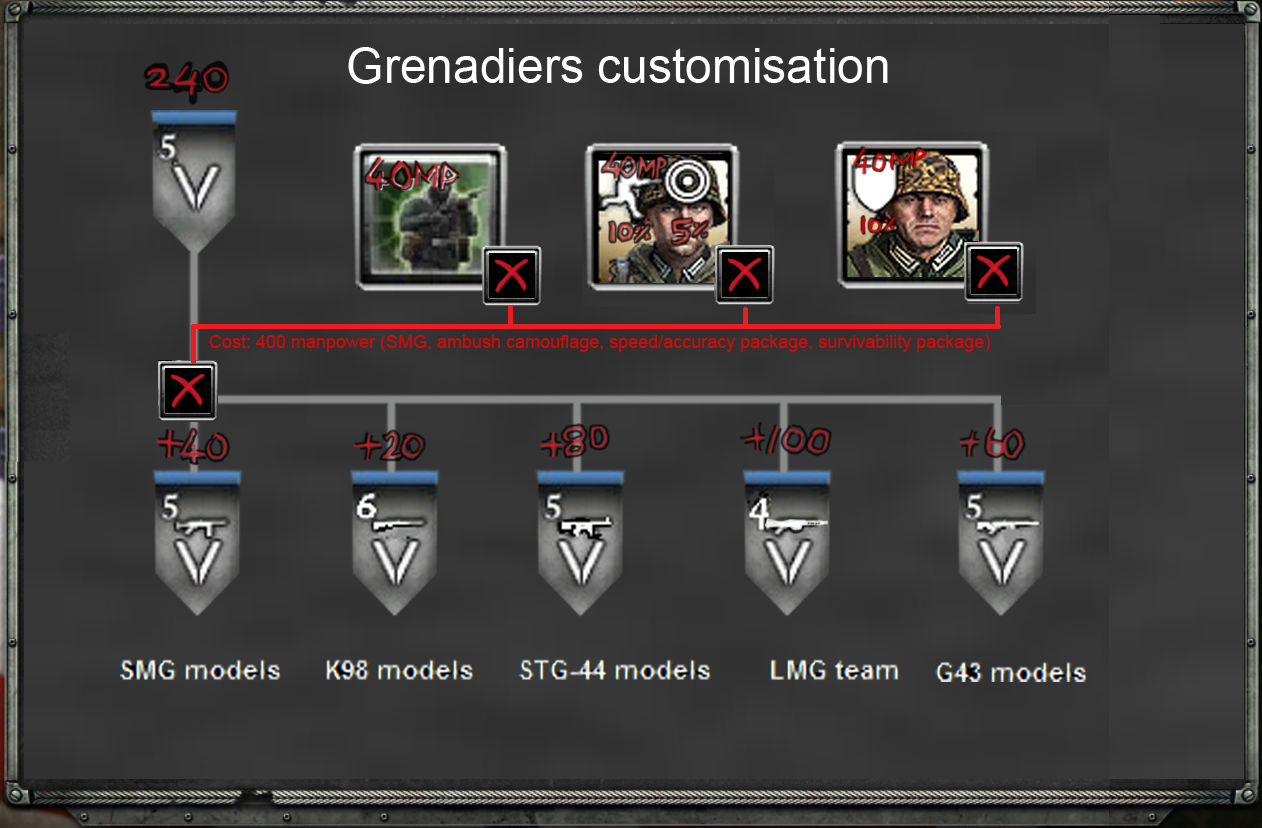 The idea is that rather than limiting infantry choices to a specific doctrine, each faction would have a tree of item and weapon choices. the player chooses whether to take infantry upgraded, but more expensive, or stock, but less effective and cheaper. this would effect their playstyle.

spoils of war was implemented badly, but i liked the imbalance that it created when people hadn't even seen all of the new doctrines and suddenly somebody pulls out osttruppen completely unnerfed. this unpredictability is what made early coh2 so fun in my opinion.

so what if bulletins were made far more powerful, and only dropped through a random spoils of war system. they'd be very easy to come by but dropping from a large pool at random.

so rather than osttruppen being a doctrine, in coh3 it would just be a single bulletin "foreign troops" which would reduce the manpower cost of a squad by 100 and make them more numerous, but reduce it's effectiveness a lot too.

conversely, you could find an elite troops wargear, which would act like the original "as intended" elite troops doctrine, increasing manpower cost of a squad by 100, but increasing effectiveness.