Give the crocodile a trailer 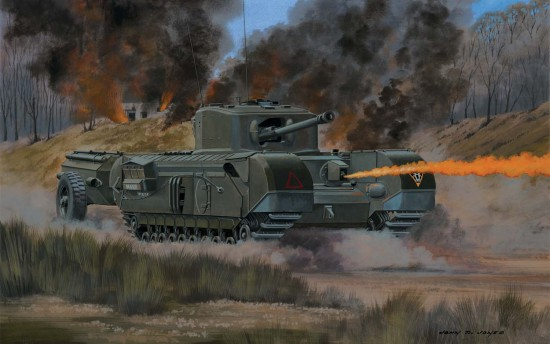 I think a trailer for the crododile's fuel tank would be good as not only is it historically accurate but could be a gameplay feature.
How about the trailer acting as a separate towed vehicle and so could be destroyed or jettisoned (as it was historically) to turn the tank into a normal churchill (without its hull machine gun). It could make the crocodile more interesting as players would have to protect the vulnerable fuel tank (even using the tank itself as a shield) or lose it's flamethrowing capability. Upon the destruction of the fuel tank the crocodile itself would take minimal damage, but it could decimate nearby infantry, an ability to jettison the fuel tank would be good as it would force players to weigh up the reward of a flamethrower against the risk of a huge fiery explosion