For starters, in reference to all the HATE that the patch is currently getting, I must say... BEAUTIFUL AND WELL DONE...

This patch is one amazing work of art, from panzerfaust removal of Fallshirms, all the way to Heavy adjustments... This is what the game needed... Like for once its nice to see that developers noticed the issue with British Infantry sections and made them VIABLE and scaling... Just beautiful...

From adjustments to a lot of units, the only, and I mean ONLY thing that shouldn't have been implemented in this game, is the:

WERHMACHT 25% cap and decap speed (no really, this is absolute no brainer buff that gave them upper hand) and this SHOULD not exist without a doctorine OR Commander ability with cost OR an overhaul so other nations get late game bonus also.

Secondly, I think we should remove grenadiers vet 3 ability and return it to pre damage mitigration one (the one that gave them harder to hit accuracy) since Russian AT barrages got nerfed and other stuff was made harder to 1 shot them overally (original reason why this change was implemented)

Primarily, Airlanding Officer is a blessing as an unit, and is exactly what was needed in british tree to provide utility on tier 1 opening against mass sturms and panzergrens opening. As many would disagree, I do not find him OP nor unbalanced, since he is one of the necessary and very balanced units in this game for role that he provides, and is not a forced necessity to pick / play.

My only suggestions are:
-THE DUDE has amazing voice lines, adjust them to his abilities (https://youtube.com/watch?v=XJnh8DULoqE
-I understand that his ability was adjusted to match the one of Captain, but it does not remove the suppression like his does, so its a little bit more questionable (and as stated above, missing voice lines)
-I wouldn't mind if he had the ability of original Airlanding Officer, the one that costed ammo (would bring him to the actual utility unit and more assault and timing oriented, like the Artillery Field Officer who might be Commander call in, but also has more utility as his advantage)

and Final suggestion for this fine Glass Cannon unit that is so beautiful to use (YES I have special love for units like Stormtroopers, Partisans, Commanders, the specialist squads)

Please fix this and add in voices 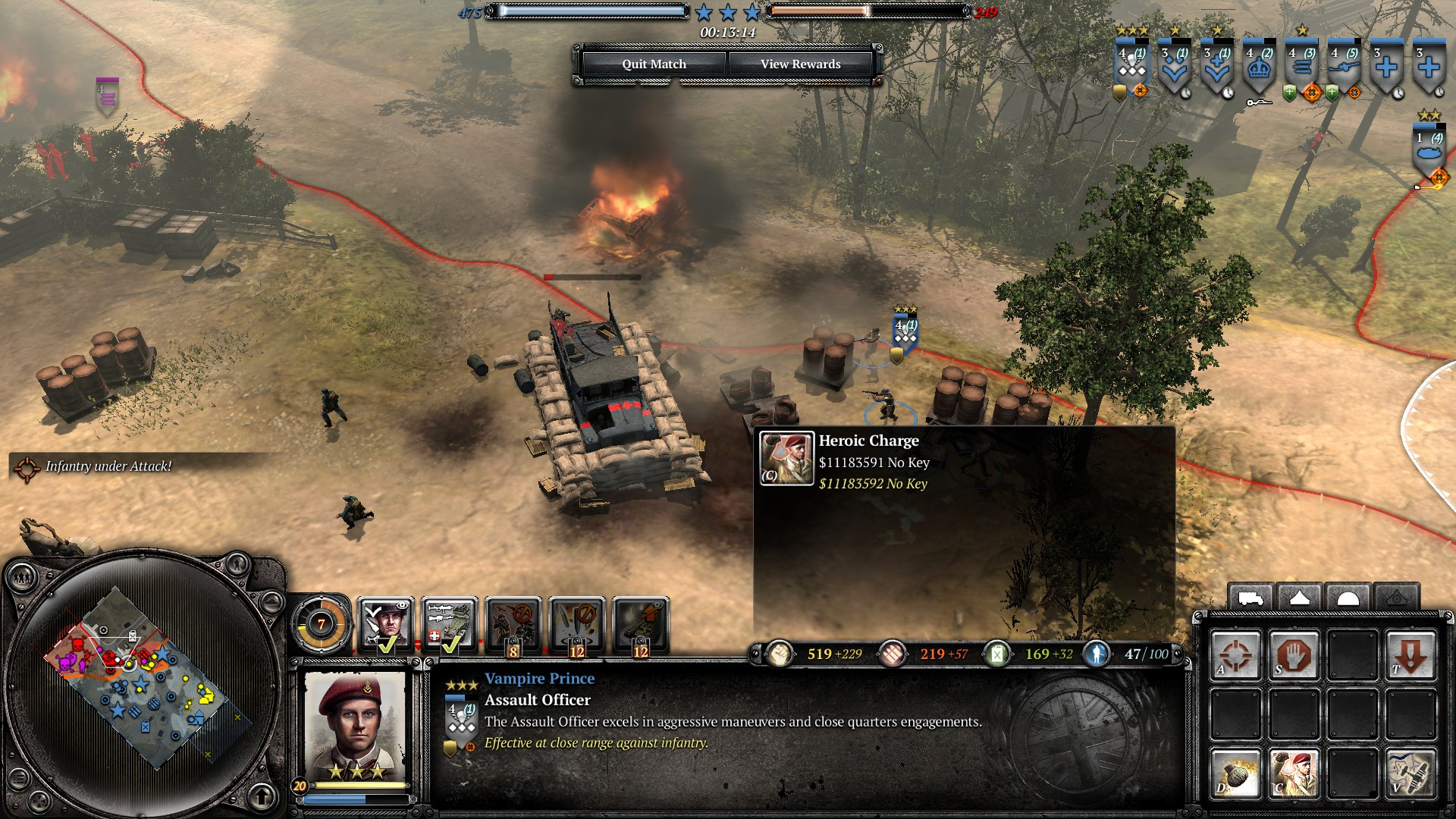 Aside all this, am I the only one who finds UKF to be like, quietest nation? Regarding volume of their infantry and voice lines? (aside heavy tank and ofc, grenade warning which is also a bit quieter than from others, or seems so for me)

Their infantry overally are harder to hear and listen to their amazing pre recorded voice lines, and they also have some fine ones, like complaining grenadiers who need to dig trenches and stuff

Aside from some sound bugs, they should really get their voice lines slighty increased

THANK YOU FOR THIS PATCH, and KEEP IT UP on this GREAT ROAD, regardless of what some butthurts would say,and keep forcing variety and diversity rather than spam/tiger/tech rushing...