Please take a look at the matchmaking system

The game is around for 7 years so my hopes are low, but surprise me.

What is with the match making system. I don't know why there are even such problems after 7 years when COH1 was much better in this regard. Most important part TEAMS! There was a seperate arragend teams ladder in COH1. So you were 100% sure that teams play against teams.

But in COH2 you get a random mate and a team with over 400 games together as opponents. Sorry but that is so easy to fix and why do we have this in the first place. The game recognizes teams after two players have played 10 games together and even give the team a separte rank\level. So all the mechanics are there. Its just a simple rule which is missing.

But of course when I play with my only fix mate as a team we always get high level teams as enemy, never randoms. Than Starcraft2 (and maybe even StarCraft) had a simple fair rule in the game. If the game is canceled (by one side leaving) the game is not counted. Its so simple. In my opinion it should be a requiement for ever multiplayer RTS. But we are in 2020 and still COH2 is missing it. If a game is canceled in the first 2min you can pretty much asume that the game crashed by one player and the AI took control at the beginning of the game, or your mate is AFK, or your mate is there but has technical difficulies ect.

Again so simple so logical why is this missing. Why do I get punished when the computer of my random mate crashes? Why get he punished.

At the end a picture that sums up everything that is wrong with the matchmaking system: 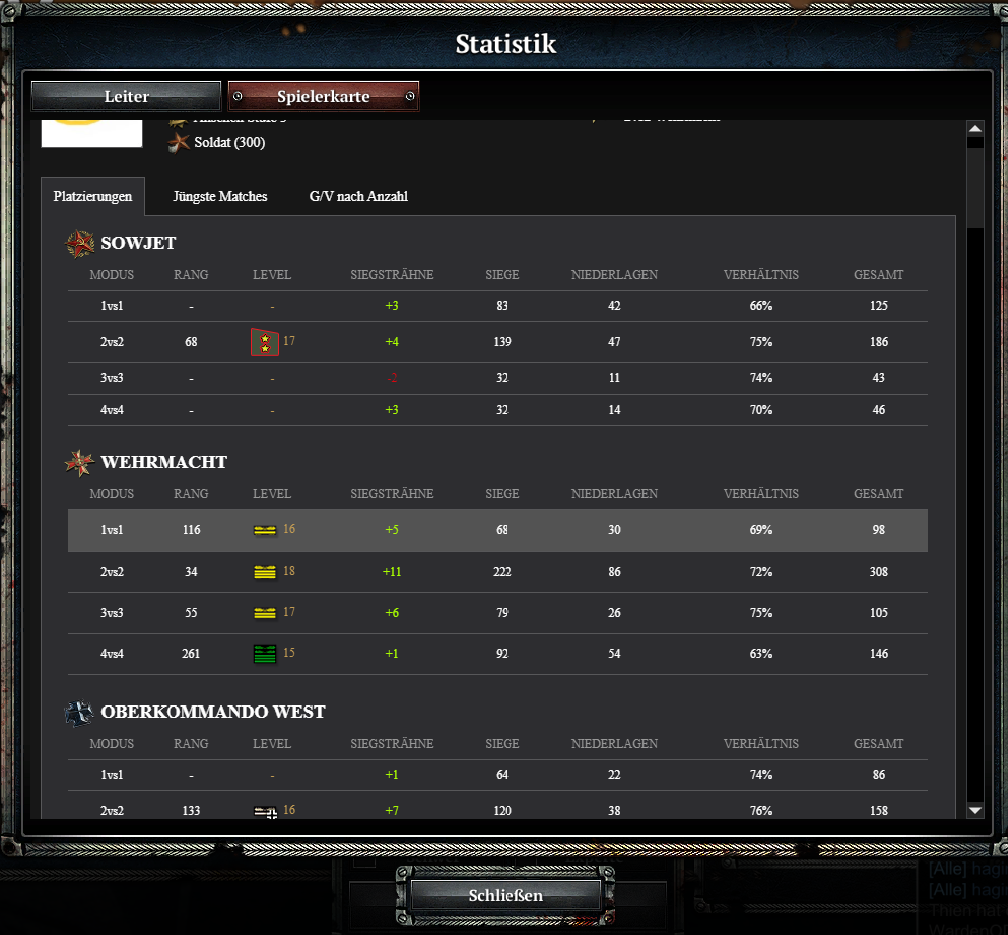