This commander has a lot of potential butt needs some tweaking to be more viable here are my recommendations. This is me spitballing ideas and some are better than others.

First of all Soviet Defensive Tactics (Community), has PMD-6M Mines Anti-Personnel version. Butt it is allso packaged with (Tank Traps). Too be fare Tank hunter taktics needs (Tank Traps) with its PMD-6M Mines. lets be frank The Light Anti-Vehicle Mines is no one's favorite it's just not worth it on it own. They are identical to the USA (M7 Light Anti-tank Mines) You never see anyone using them. It does not matter that its just 10 munitions its still a waste of time and resources. Tank Traps would be more useful.
Second idea replace PMD-6M with Mines like the German Halftrack Riegel 43 Anti-Tank mine or USA Utility Car M6 Mine. They destroy tank tracks completely immobilizing vehicles. this would actually help destroy tank and be more then a small nuisance. No other Soviet commanders haves this ability, Tank hunter would be the first.

let's be honest here the 152 Howitzer just have's nothing to do with Tank Hunting, It was not originally in this commander, just feel's like they did not know what else to do and they just throw it in there. Recommendation replace with seeming Anti-Tank oriented, three ideas. one replace with (Partisan Tank Hunters squads) This is self explanatory they even have to name. Two uthere soivet comander's have tank partisan and no one even plays them any more. Bring back the Partisans.
Second idea replace Howitzer with the (8CP-B4 Howitzer). It's more effective at targeting tanks not just infantry it even has the (Direct Fire ability), That is specially meant for vehicles. There are six Soviet commanders with 152mm Howitzer, butt just one with (8CP-B4 Howitzer)- Counterattack Tactics. This would be more inline with Tank hunter current play style (artillery) Butt give it more of an Anti-Tank rolle.
Thread ideas, replay with Armor Piercing Rounds for The Soviet SU-85 Tank Destroyer. like the USA M36 Tank Destroyer. Or the M4A2(76) Sherman HEAP Round.

This is a good idea in theory, butt in gameplay is not all that helpful. I find my self never using it at all. and now that the SU-76M Assault Gun has in the update you do not need this commander for it any way's. recommendation replace with The Mark Vehicle ability (the enemy vehicle is subject to an increase in "focused fire and damage.) The Recon Overflight would go will with the taktic's Howitzer and still have an Anti-Tank focus.

I love this ability and the only thing currently good in this commander. It is a shame to see it wasted on this subpar commander, no one evan play's. recommendation add this Bombing Run too more commanders, so it can be used in regular gameplay. There are six Soviet commander's with IL-2 air striks, 4 of them are (IL-2 precisionplez Bombing striks). Consider replacing one of these with (Anti-Tank Bombing Run). recommended substituting it in ether (Russian Terror Tactics) or (Soviet Combined Arms Army) either one would make a good candidate. This will help freshen up old game players as I think most plays have forgotten this ability evan exists.

You may need too zoom-in to read text, Ctrl + 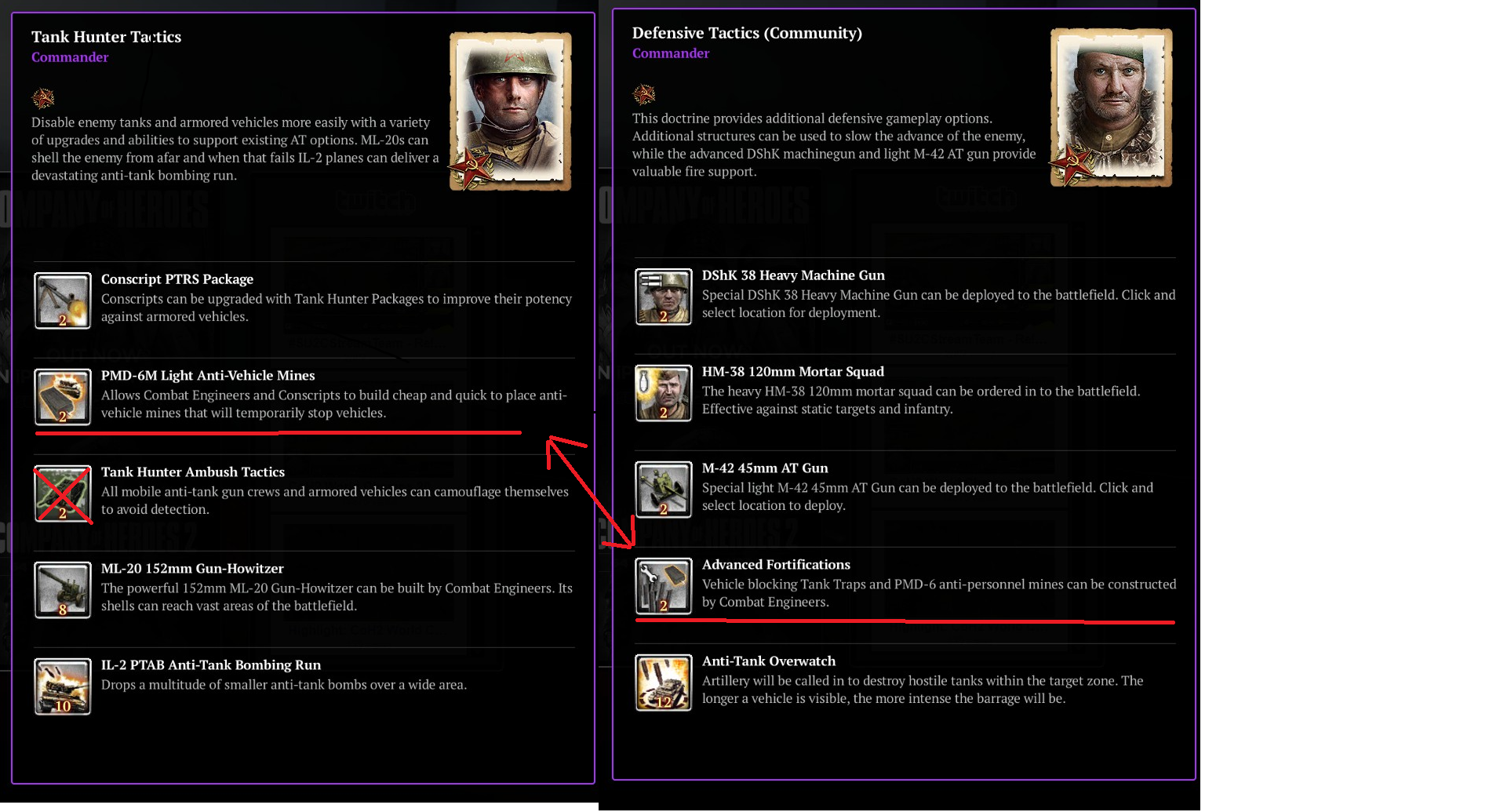 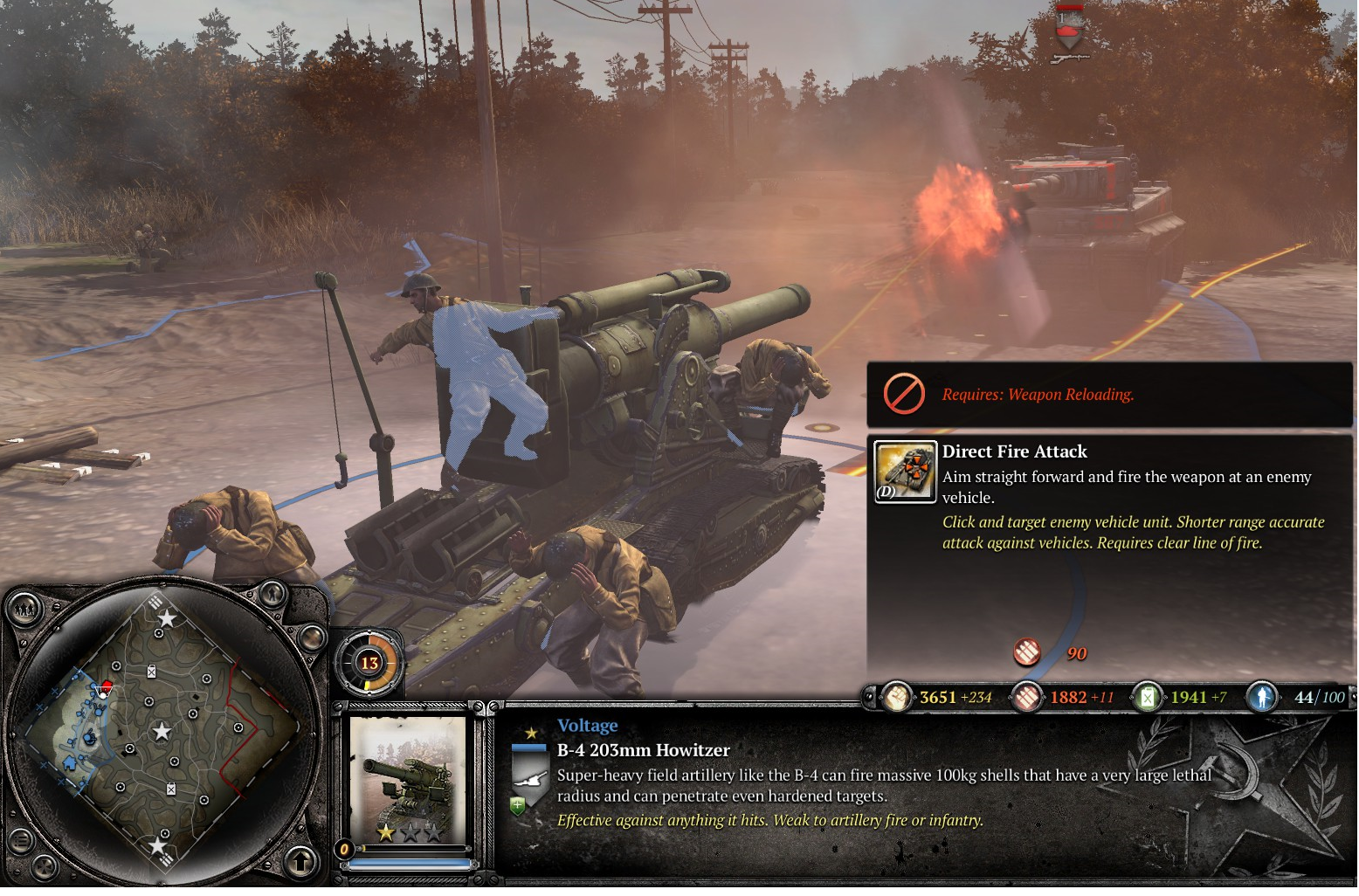 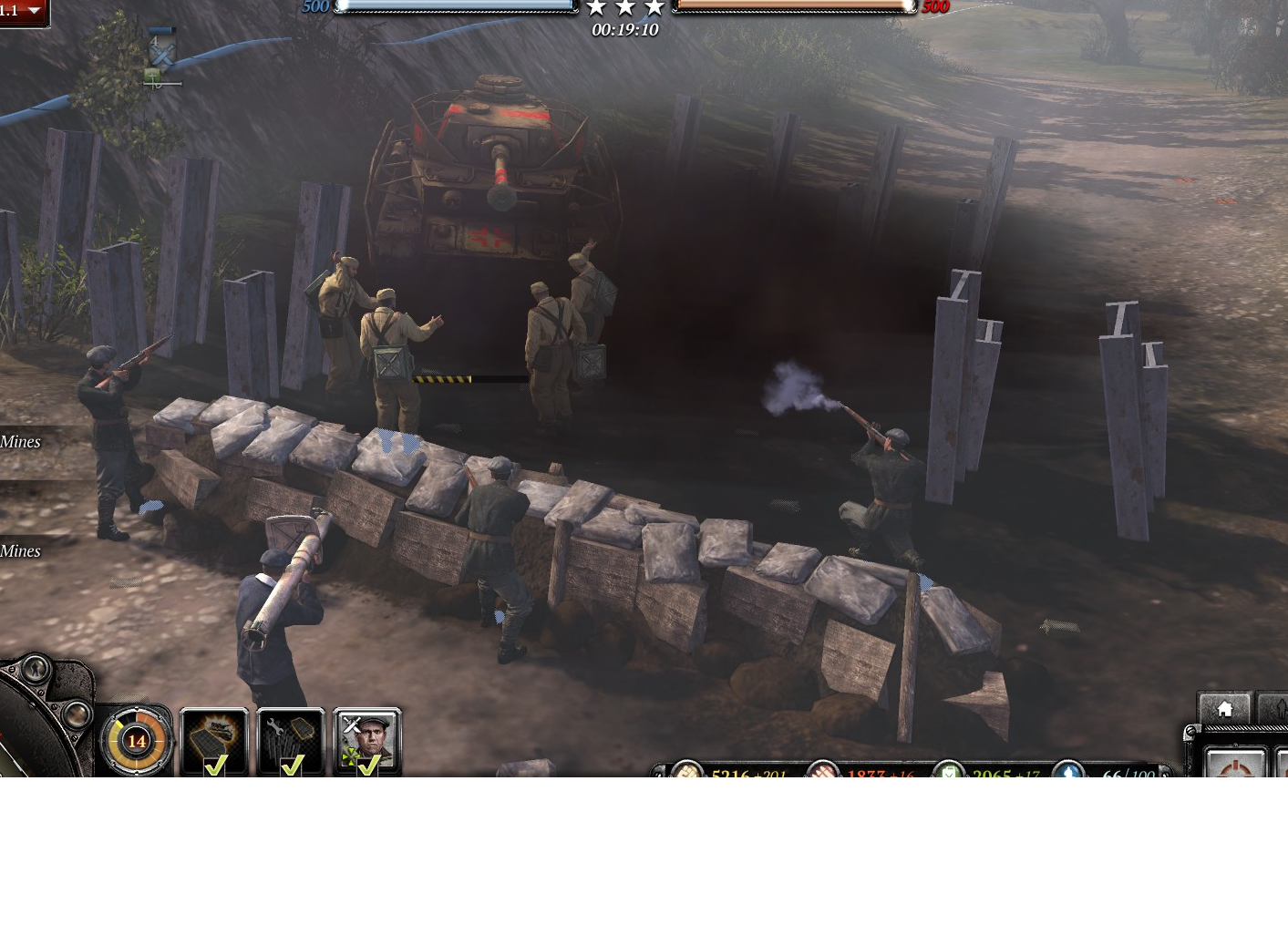