I'm 100% sure that a lot of people like new commander patch, but especially, buffs for the underpowered ostheer units like panzergrenadiers and ostwind.

Here's my suggestion, can we slightly buff the most rare and underpowered commander for the soviets? 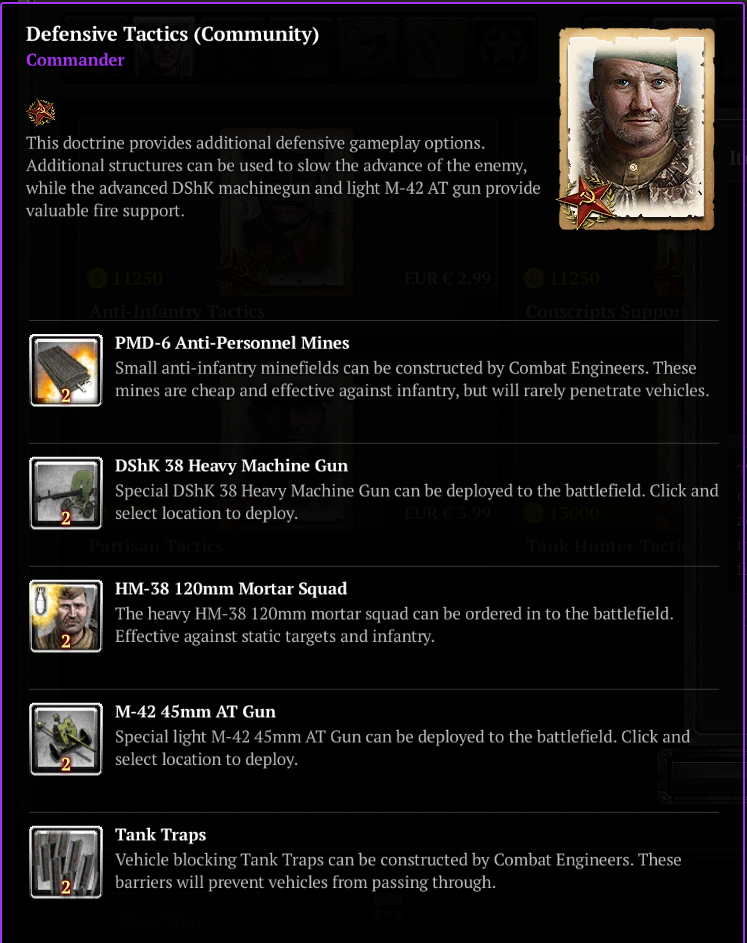 Let's be fair, this is one of the most underpowered commanders for the soviets in the game. Without any real late game ability, nearly every other commander is better than him thanks to the tanks, elite infantry, better abilities...

Also this commander doesn't really feel like a "defensive" commander, it feels more like a commander with every type of support weapon as a call-in and nothing else.

Here's my suggestion to buff him a bit along with the ostwind, stug, and pgren buffs:

Merge PMD-6 mines and Tank Trap abilities into one, and make it 0 or 1 CP

(You need 2 CP to make tank traps and mines? No thanks)

I have few suggestions:

152mm Howitzer would give him some real late-game ability, furthermore, it fits into "defensive" feel of this commander.

Just tell me, what would fit more into this commander if not FHQ? Urban defense commander would be still better thanks to the kv-2, shocktroops, and booby trap ability, and giving FHQ to the defensive tactics would be very nice altenartive.

And if for some strange reason you don't think that howitzer/FHQ is a good idea for this commander, booby trap territory ability would also fit this commander nicely.

I hope you liked it, and I welcome for the further discussion